Or I was a Supergirl Fan Before it was Cool

So apparently the premiere of the Supergirl TV show last night was a massive success. I'm so glad because I loved it to bits, and that's usually enough to give anything the kiss of death.

I've been a Supergirl fan since way back. I mean so far back that I remember liking her before I could read. I haven't much liked her in the comics for some time. DC don't seem to know what to do with her and the writers haven't been able to make up their mind, and they've never stuck around for long, so it's been a bit like bronze age Wonder Woman where each new writer seems to be trying to reinvent the character so the first thing they do is dump everything that the previous writers have done, so the result has been disjointed at best.

But then I thought Supergirl's second solo series was kinda dumb, too. With characters like Supergirl you know they are going to outlast any wrongheaded editorial or idiot writer, and eventually you'll get back the character you liked. In this case it's not even a matter of waiting for the comic. That was cancelled six months ago and with the sort of marketing that gets someone fired, DC don't actually have a Supergirl comic being published at a time when she's on a live network TV show and appearing in the animated DC Super Hero Girls.

But I love the show. I mean I enjoy the Flash TV show, but Supergirl is better. And Flash has been my favourite of all the live action superhero shows in the last couple of years. It's somehow managed to escape the grimdark grey misery that has stunk up so much of DC's output in recent years. It's bright and it's fun and OMG it's a successful superhero show with a female lead. And not just female but unequivocally feminist. And what's more, it's being watched by boys. You know, those boys that toy manufacturers are so afraid of being put off by girl cooties that they erase female characters from toys for The Avengers and Guardians of the Galaxy. They are watching a girl show. So hopefully we are at least done with that idiocy.
Posted by Marionette at 5:58 pm No comments: 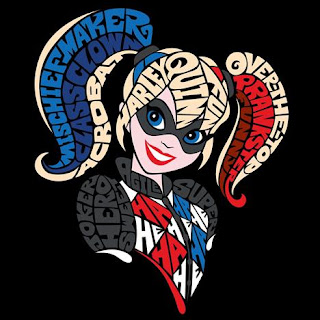 DC Superhero Girls (or possibly Super Hero Girls) is a new web animation series, book series, and any other type of merchandising they can possibly squeeze out of it. The setting is a school for superheroes, which doesn't seem that fussy about the "hero" part, since they seem to have let in several villains too. Basically it's attempting to do Monster High, only for superhero comic characters, and judging by the costume designs, skewing a little younger.

I've seen some criticism that, since the school is co-ed, they should have made it more inclusive by calling it Superhero Kids or something else less gender-specific. But you know what? No. They shouldn't. On the one hand it's a superhero show for girls, which is a big thing in itself in an age where Black Widow is ignored in Avengers merchandising and female-led superhero movies are decidedly at the back of the queue.

But beyond that, if the series had a non-gender-specific title everyone would have assumed it was for boys, and that the majority of the characters would be male. Because that's what non-gender-specific means in our society. Men and boys have been pandered to for so long at the expense of women and girls that if you have a group that has an equal number of male and female characters it is considered female-biased, simply because the vast majority of "non-gender-specific" shows feature a primary cast that is four guys and one girl, or three guys and two girls. Even where the female character is nominally the protagonist, the supporting cast is predominantly male. So yes, the only way of having a show that isn't male dominated is by making it a specifically female show. And I am fine with that. 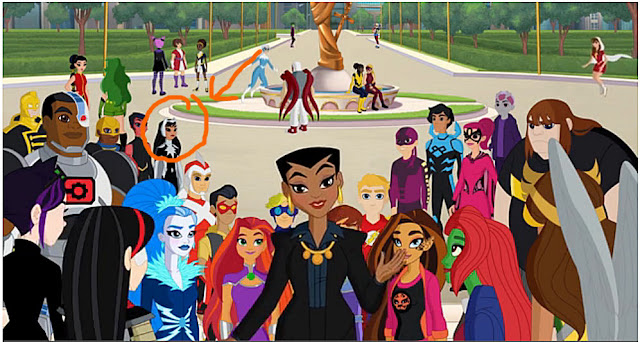 Posted by Marionette at 2:32 pm No comments: