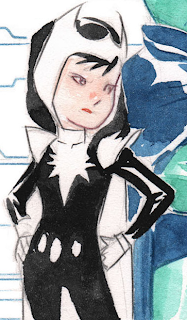 I'd been under the impression that Doctor light had been dropped from current DC continuity, along with a number of characters who have more than two fans, but while that's likely true (and given current editorial attitudes I tend to think she's well out of it) it doesn't stop her turning up in Derek Fridolfs and Dustin Nguyen's excellent Lil' Gotham, which against explicit editorial mandate even managed to sneak a blonde Batgirl into one issue.

Thanks guys. It's nice to know Kimiyo still gets a little love.
Posted by Marionette at 11:25 pm 4 comments:

Attack of the Sleestak cosplay girls 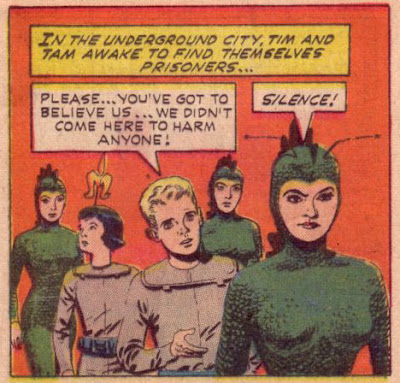 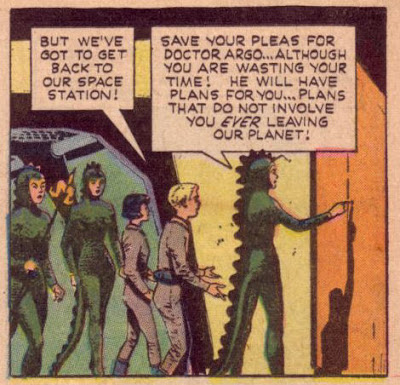