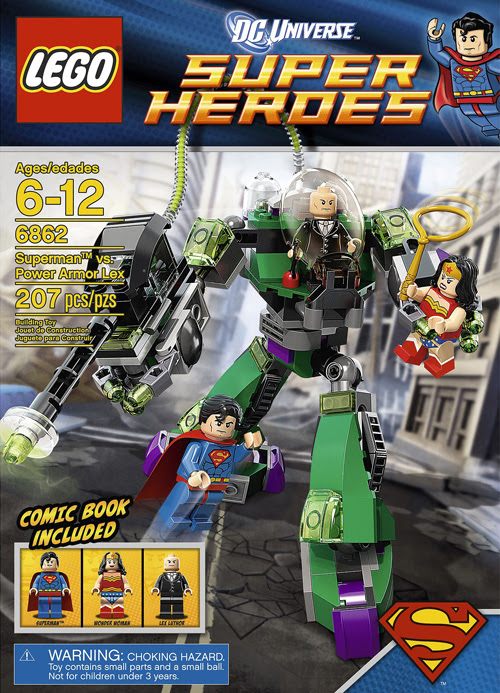 Stop Lex Luthor from dominating Metropolis in the Lego Superheroes Superman VS Lex Luthor's Power Armour set. Luthor has built a kryptonite powered suit of armour, complete with kryptonite laser beam. Can you dodge the beam, rescue Wonder Woman and save the day? Includes Lex Luthor, Superman and Wonder Woman minifigures, as well as a bonus comic.


Really, Lego? You're making Wonder Woman a victim to be rescued, now? I swear, lately it feels like we are further from equality now than we were twenty years ago.

Posted by Marionette at 3:31 am