The Problem with Comics

Quite simply, the big problem with comics right now is too little content for too much money.

Currently a typical mainstream title costs £1.99. (UK currency) One issue will typically give me one quarter to one sixth of a story, and will take perhaps ten to fifteen minutes to finish. 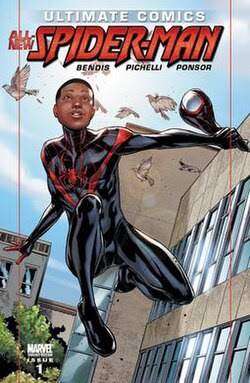 I confess to having a short attention span. When I'm reading a story in 22 page chunks it doesn't take too many months before I've lost track of who all the characters are, what they are doing, and why I should care. I recently read the first ten issues of the new Ultimate Comics Spider-Man. I enjoyed it, but I don't think I'm going to keep following it.

Why? Because it took five issues to get Miles Morales into the costume. Another five issues and we haven't even finished the opening story. It's entertaining but the pacing is positively glacial, and it's just not good enough to hold my interest while it takes years to parcel out the story in such tiny bits. It almost feels like a cheat to produce this in monthly comic form at all; it would read so much better as a 120 page trade paperback put out twice a year.

Now consider I also have a subscription to The Magazine of Fantasy and Science Fiction.  It costs me £2 per digital issue, which will give me something like one novella, four novelets, four short stories (all complete in the issue), and assorted review and commentary columns.  It typically takes me more than eight hours to read, spread over a week or two.


You see why I'm not reading many new comics these days?
Posted by Marionette at 2:39 am