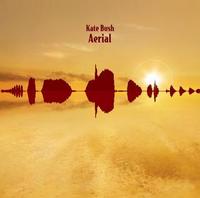 Kate Bush has a new album out for the first time in twelve years.

The big question is whether the new album will further develop Kate's helicopter fetish.

Hounds of Love is well known for including a helicopter sampled from Pink Floyd's The Wall, but I was just listening to The Dreaming (is Neil Gaiman a Kate Bush fan?) while making breakfast and I noticed a distinctive helicopter sound during Pull Out the Pin.

There are numerous references to flying in her work (The Big Sky, Kite, and obviously Passing Through Air) although only one specific reference to helicopters, from The Red Shoes comes the telling line "They're gonna whip her up like a helicopter". But while I am still waiting for someone to make the definitive study of helicopter imagery in the works of Kate Bush I have to wonder what the new album has in store for us. After all, the title Aerial could not be more suggestive.

A dictionary definition of AERIAL:

1. Of, in, or caused by the air.
2. Existing or living in the air.
3. Reaching high into the air; lofty.
4. Suggestive of air, as in lightness; airy.
5. Unsubstantial; imaginary.
6. Of, for, or by means of aircraft: aerial photography.
7. Botany. Growing or borne above the ground or water: aerial roots.

Coincidence? I think not.
Posted by Marionette at 9:01 am

I was going to develop a thesis that Kate's last four albums were based on the four ancient elements. Ninth wave - water. Red shoes - earth (well, you dance on the ground, anyway). Aerial - got to be the air. That leaves the Sensual World as fire, but I could only think of two fire references in the whole album - "setting fire to the cornfields" on Never Be Mine and Rocket's Tail. Then I realised this thesis was completely unsupportable, so I've reluctantly junked it.

But Rocket's Tail is about dressing up as a rocket and flying off Waterloo Bridge. Rockets are almost helicopters...