After almost thirty years, Amethyst Princess of Gemworld is getting a relaunch. And it looks exactly how I thought it should be; Amethyst reimagined in Magical Girl style that would appeal to all the teenage girls that read manga and watch Smile Precure. 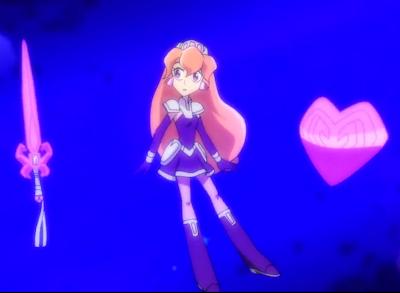 And then there's also a comic. For reasons that elude me, the new comic looks nothing like this and to make sure it will only appeal to the same old comic readers, they've grown Amethyst up and made her all gritty and miserable. 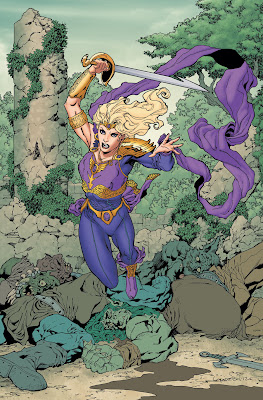 
"She's just turning 17 rather than being 13. She has a very different family background, but the same basic things are there. She grew up on Earth with a strange childhood and ends up back in her homeworld which she's never seen before.
I'm taking a more intimate, familial approach to her adversary, who is her homicidal aunt who does not want to share power. I'm going for something dynastic with emotional complexity that will draw people in, and not just a bunch of people swinging swords. I'm trying to avoid a sparkly-crystals-and-pegasuses kind of approach. This is an alien world with blood powers that are related to crystals, but I'm going for a much more holistic approach."

So more adult, blood powers, no sparkly pegasuses (pegasii?). Got that.

Dan Mishkin, co-creator of Amethyst, had this to say:


I also think what they're setting out to do isn't worth doing. My understanding is going to be this is going to be a seventeen-year-old Amy Winston who discovers that she's Amethyst and that she's had a pretty rough life in those seventeen years. You can do that, and because of the rules of the game you can even call it Amethyst. But to say that it's essentially the same as what we did -- I'm sorry, I just don't think that's true, because essentially what we did was a story about being on the cusp of adolescence and discovering what the moral choices of adulthood are going to be. You don't do that at seventeen; you do that at twelve or thirteen.

On the plus side the new version seems to have an outfit that covers more of her body than most comics heroines are allowed. But on the other... 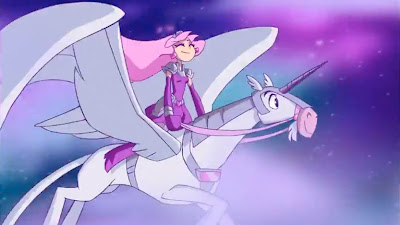 Amethyst can be found in upcoming editions of DC Nation on Cartoon Network. The comic Sword of Sorcery launches in September, along with a Showcase collection of the original series for you to compare it with.
Posted by Marionette at 2:35 pm