Before they were famous: Wolverine 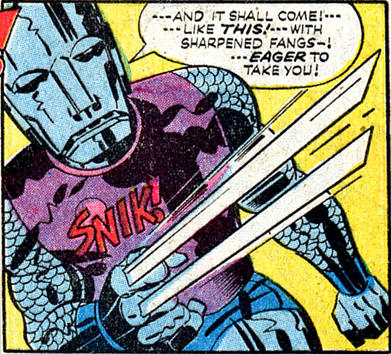 In the days before he joined the X-Men, Wolverine learned his trade in bit parts, spending a lot of time dressing up in 1950's movie robot costumes and playing evil minions. As you can see from this early example he's yet to get that third claw properly synchronised, and the resulting sound effect is incomplete, missing the final "t" in snikt.
Posted by Marionette at 5:09 pm

I'm in awe that you managed to find this picture. Does that robot have fish scales on his arms?