Continuity can be quite the bugbear amongst comic fans and creators at times, but what exactly is continuity?

In the real world continuity is the concept that the world moves through time in a logical fashion. such that a clock yesterday will still be a clock today and continue to be a clock tomorrow unless the universe acts on it in a particular way to cause it to become a broken clock. The chances of it suddenly becoming a parrot or a fridge without warning are negligeable. Things change, but in a logical sense of progression. Our entire world is based on an assumption of continuity. Without it we could not function. How could I possible write this article if I thought that tomorrow my keyboard might turn to fudge, every third word I wrote could catch fire, and the internet may suddenly never have existed?

In the movies and on TV there are people whose jobs are entirely devoted to maintaining the continuity of the production they are working on. They take hundreds of photographs of all the sets and the actors so that they can ensure that the world of the story being created remains consistant from scene to scene, even when they are filmed months apart. Of course they occasionally miss something, and the result is liable to show up on some bloopers show where they replay a clip of someone's hairstyle changing between shots of the same scene, or a background object appearing and disappearing, or someone is wearing a hat that they just took off. Continuity is also about making sure period movies don't include incongruous modern artifacts, like romans with wristwatches, or jets flying over the the old west, and that characters' behaviour is consistant. One of the most annoying traits of bad movies is when the villain who has been fiendishly clever throughout the entire movie suddenly starts behaving like an idiot for no apparent reason, in order for the hero to beat him.

So when we come to continuity as applied to comics, we are talking about more than just a picky obsession with trivia. Traditionally comics have been a lot more sloppy about continuity than they are in the movie biz, probably due to its originally being considered an essentially ephemeral medium. In fact one of the main reasons for all those bright iconic costumes is to make it easy for many different artists to draw the same characters and have them still be easily recognisable. You can always spot Superman because he is the one in the blue longjohns with the big S on his chest. Lois Lane is not so lucky, and the difference between some artists, particularly those who aren't making much effort to keep on model, can be so great that you can find yourself not even realising she is present until someone identifies her by name. 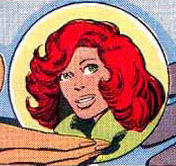 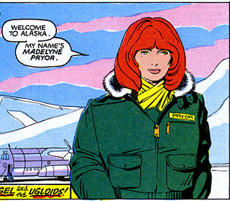 I particularly recall the point in X-Men where Madelyne Prior was introduced and the writing suggested that Cyclops was shocked at the sight of her. The whole purpose of the scene was to suggest that she was the spitting image of Jean Grey, but it failed completely because she didn't actually resemble Jean Grey as we had last seen her. I remember thinking that this might be the intention because she had red hair, but if Jean had been a brunette I would have been entirely clueless until the next issue when it was spelled out in the text. Comics could afford to be sloppy about continuity in the days when they were assumed to be read and thrown away, but just as the advent of video and DVD has required much tighter standards of continuity for TV (and, it has to be said, given opportunity for far grander storylines), reprint trade paperbacks, archives and essentials, not to mention the entire fan base of comic collectors, requires higher standards of continuity from comics.

So when it comes to details of dress or background, or whether this month's issue features a character that nobody seems to remember had died several months previously, it's understandable that the reader might feel a little shortchanged. If in my own world I cannot rely on fish not becoming bubblegum flavour without warning, how can I rely on anything? Similarly, if I read a story or watch a movie and important details are not consistant, how can I retain my suspension of disbelief?

Sure, we should make allowances for interpretation by different creators, but to suggest that continuity is irrelevent (as someone did to me only today) is to say "I don't care if the world makes sense, I just want to look at the pretty colours."
Posted by Marionette at 6:13 am

Marionette wrote: "The chances of it suddenly becoming a parrot or a fridge without warning are negligeable."

Sure, but if John Byrne writes it then it is almost certain.

Forget parrots and fridges. Superman magically sprouted a fortress of solitude, a long-lost cousin, a host of super-robots, a legion of super-pets, a shrunken city fully-staffed with a horde of fellow Kryptonians, sudden and overwhelming scientific expertise, and a dozen different flavors of kryptonite, and all within the space of a few years in the late fifties and early sixties. Nice work for a guy who started out as a relatively down-to-earth flying strongman who occasionally clobbered a mad scientist or two. Now if only someone could bring that bastard Mort Weisinger to justice for trashing Siegel and Shuster's original vision!

But...but...Beppo the Super-Monkey was the best thing about the whole Superman saga!!!!

Don't worry, JP. Jeph Loeb will bring Beppo back... as a feral, bloodthirsty super-ape infected with ebola and armed with the ability to fling radioactive super-feces!

Alternately, he could be temporarily revived by Grant Morrison in a Vertigo book as a quirkily passive-aggressive metafictional prank.